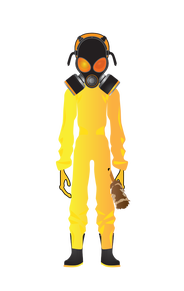 My first venture into Alienware PCs is not off to a good start. I ordered an R10 Ryzen Edition, it arrived after a few weeks. As I was setting it up, I noticed graphical artefacts, random resets, and even a "muddy green" screen that came and went whilst the PC kept running.

Then it failed totally, on day one of use. The power button flashes 2/1 and, although the system LEDs are lit, the PC is "instant off" when the power button is pressed - zero POST. In my experience, (network manager, 40+yrs using & programming, and also teaching computing/hardware tech), this is typically the response of a PC with a low-level issue like a missing CPU. This also strongly suggests that ZERO burn-in testing was done, and that sub-standard parts have been used.

Tech Support said it was a dead CPU, or possibly GPU as well, and asked for one chance at repairing before declaring DOA and sending a complete replacement. Support Tech arrived with a box of parts that just contained a new mobo - no CPU or GPU, and a totally bemused look about how this was supposed to fix the problem. Mobo swapped, still DOA (just back to default colour LEDs on case - I had managed to customise them before it went FUBAR).

Alienware Support rep spoke to the Tech, then to me and explained that CPU/GPU part release needed to be authorised by management, (chip shortage blah blah blah), but that I would be contacted within 24hrs to expedite the replacement PC.

This has not happened - it's now 72hrs, no phone call, no reply to emails, no reply to service updates online.

And yet they've aready taken my money for the DOA PC, didn't even get the correct service end date on the system details (2022 +yr2 paid with free yr2-3 extension should be 2025, not 2024), and have gone quiet for a premium service that promises 24hr response.

Is Dell/Alienware now a "take the money and run" brand? I've a 15yr-old Inspiron 9400 laptop that's still in daily use, and have specced Dell PCs/servers in multi-hundred seat networks in the past. And yet in this case there's not even been a "we're working on it" acknowledgement message.

Is anyone able to bypass the usual tech reps and get an answer from someone high enough up in management with authority to fast-track a replacement PC to me without having to join the back of the build queue?

Update : Alienware Tech Support have responded. A new PC has been requested (though not confirmed - it's a different department that agrees to the request). It could still be anything between 2 and 4 weeks to arrive...

Here's hoping it gets tested properly at the factory instead of leaving until it is at the destination.